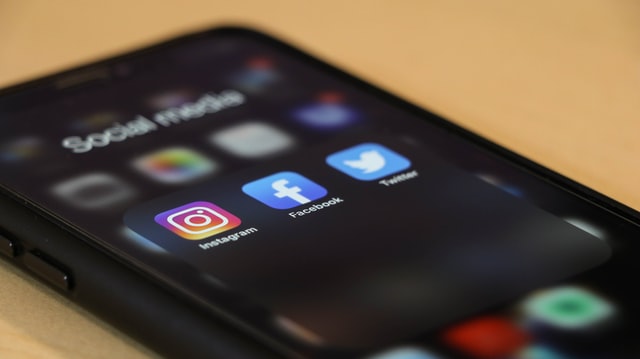 Children are accessing social media platforms at a higher rate than they’ve ever been. This frequent access and use of social media by young children is a point of concern for many parents. Many are worried about their child’s mental health and physical safety relating to social media.

While parents take issue with their child’s use of social media, many aren’t sure about what direction to take when finding a solution for their child.

Over 60% of parents shared that they have an active approach to monitoring their child’s social media use. They would search whether the apps had parent controls, were related to their child’s age group, or had an educational benefit with their schooling. Between 51% to 66% of parents put parental blocks on certain sites. But about 2 in 5 parents say it’s too time-consuming to monitor apps.

About two-thirds of parents believe that parenting is harder today than it was 20 years ago and cited social media and technology as the reasons why. This may correlate to the increased speed at which our technology has developed which makes it harder for parents to catch up with what their children are exposed to and shield them from harmful things on the internet. Smartphones were introduced in 2007 and by 2015 over 90% of teens owned a smartphone. This is a huge amount of change in such a short amount of time. It’s no wonder why some parents might feel overwhelmed.

Over the years many studies have indicated that social media platforms may increase the rate of depression in children. One study, in particular, found that teenagers who spent five or more hours on social media a day experienced more depressive symptoms compared to their peers who spent just one to three hours a day. Girls had a 50% increase in depressive symptoms whereas boys had a 35% increase.

Another study from 2017 compiled data from half a million students in 8th to 12th grade. In the course of this five-year study, researchers found that symptoms of depression increased by 33% for the children from 2010 to 2015. During this same period, the suicide rate for girls jumped by 65%.

So what’s causing all of this depression? Well, social media use in teens and young children has been linked to a loss in self-esteem and body image issues, especially in teenage girls. Seeing photoshopped bodies and idolized body types can warp anyone’s expectation of beauty, especially teens.

Social media has also impacted kids’ abilities to concentrate due to its negative effect on their sleep. About 60% of adolescents are on their phones in the hour before they sleep. This causes a disruption in their sleeping patterns and has a direct impact on their mood.

Though there are inherent dangers associated with the constant use of social media, it also puts children in a vulnerable position when it comes to cyberbullying and child predators.

Platforms such as Facebook, Instagram, Snapchat, and Twitter do a lot to connect us with our friends and family. They’re also the source of rampant cyberbullying that children endure. Where in school bullying is likely to cease at the end of the school day and be regulated to school property, cyberbullying seems to be never-ending which causes children more distress.

Child predators also utilize social media to access children directly and will hide behind fake profiles where they pretend to be a peer. According to authorities who investigate crimes against children, social media apps that share a user’s location are the most dangerous platforms for children to be on because predators may be able to locate your child’s whereabouts without them telling.

Features like Snap Map on Snapchat give users’ contacts their real-time location. Predators may also find your child’s location through information they voluntarily provide on social media platforms they use such as their school, photos of themselves, and what city they live in.

One poll found that nearly half of parents weren’t confident that their child would be able to know whether or not a user online was a child or adult.

Hearing all of this about social media is likely to increase your concern about your child being on these platforms or cause you to take away their phones entirely. Although your feelings are valid, there are ways for your child to utilize social media and avoid the risks associated with depression, cyberbullying, and predatory individuals.

When your child is downloading an app, make sure the two of you look through the app together and learn about all its features. Decide on whether or not it’s appropriate for them to use and if there are parental blocks available, use them if you feel that they’d be helpful.

Most news today is shared through social media and since adults are having a difficult time discerning truth online, it’s likely even more difficult for your child. Discuss the day’s viral news stories together, if appropriate of course, and ask your child which news sources they trust and why. Encourage them to have a healthy dose of skepticism and inform them as to the issues associated with misinformation.

Let your child know the benefits and risks associated with social media platforms. Once your child knows all the facts, they’ll have a better understanding of why you’d like to limit their usage and the reasons why some parental controls are being placed on their phone. However, if you decide to snoop on their profiles and go into their phone, that can do a lot of damage to the trust you’ve built.

Having these conversations and taking these steps with your child will go a long way for their mental health and your relationship. Outside of best practices with social media, give your child activities to do where they can be active and engage with their friends in real life. At the end of the day kids just want to connect with their friends and family like adults, but find themselves limited in doing so. If possible, help facilitate more in-person social activities in order to lessen their time online.

Photo by Plann on Unsplash

How to Talk to Your Kids About Their Mental Health

Schools around the nation are facing a second round of closures due to the Omicron variant sweeping across the country. This recent variant of the COVID-19 virus has...